There is no need to mention, what makes this presentation unique. Switching from physical venues to virtual ones, became an industry standard due to pandemics. Waiting for a year to do it? – Pretty commons situation for ones who can’t imagine their life without room exhibition venues, or concert halls filled with visitors and spectators. Due to prohibition of indoor gatherings – one time, our creative team managed to run a presentation outdoors together with New York City Department of Parks & Recreation. Unluckily – cold and rainy weather fell on that day. Meanwhile – numerous institutions, including schools, universities, courthouses, and even health facilities already switched to online mode. Speaking computer language – they moved to ZOOM (the software product for online conferences). Even the world-famous art museum opened their virtual venues on internet, and world-famous singers perform online, directly from their apartments, live! So did the Jewish Guild of Folk Craftsmen. And our first on-line ZOOM presentation was held on Thursday March 25, 2021 – retracting us from our daily chores who a short while.

As usual presentation starts with celebrating ones who reached their Jubilees. And this time –it’s is Olga Farber, our treasurer. First her portrait photos, and her works were demonstrated. On the portraits she looks gorgeous. Nina Tsypina – the speaker for this presentation mentioned that Olga loves arts, music and there was one of her performing photos was shown. Then photos of her as treasurer – were shown.

Current online presentation was about the exhibition which was installed in Kings Bay Branch of Brooklyn Public Library – exactly year ago; Just a day before the New York City entered the state of emergency, followed by lockdown, due to COVID-19.

The uniqueness of this exhibition is that it was comprised of new guild members, who never exhibited before. They are Gulnara Musaeva (paintings), Katerina (Kate) Zhyhir (paintings), and Gregory Kats (artistic photography). For more than a year, their artwork is installed and grace the empty hall of the library, which was shown on photographs.
And now it’s time to speak particularly about the artists and their works.
Gulnara Musaeva was chosen as a first artist to present her works of art. They attract viewer’s attention by their diversity, colors, lightness, and are very easily viewed. Some of them depict real life scene, some – imaginary situations, with philosophical thought. 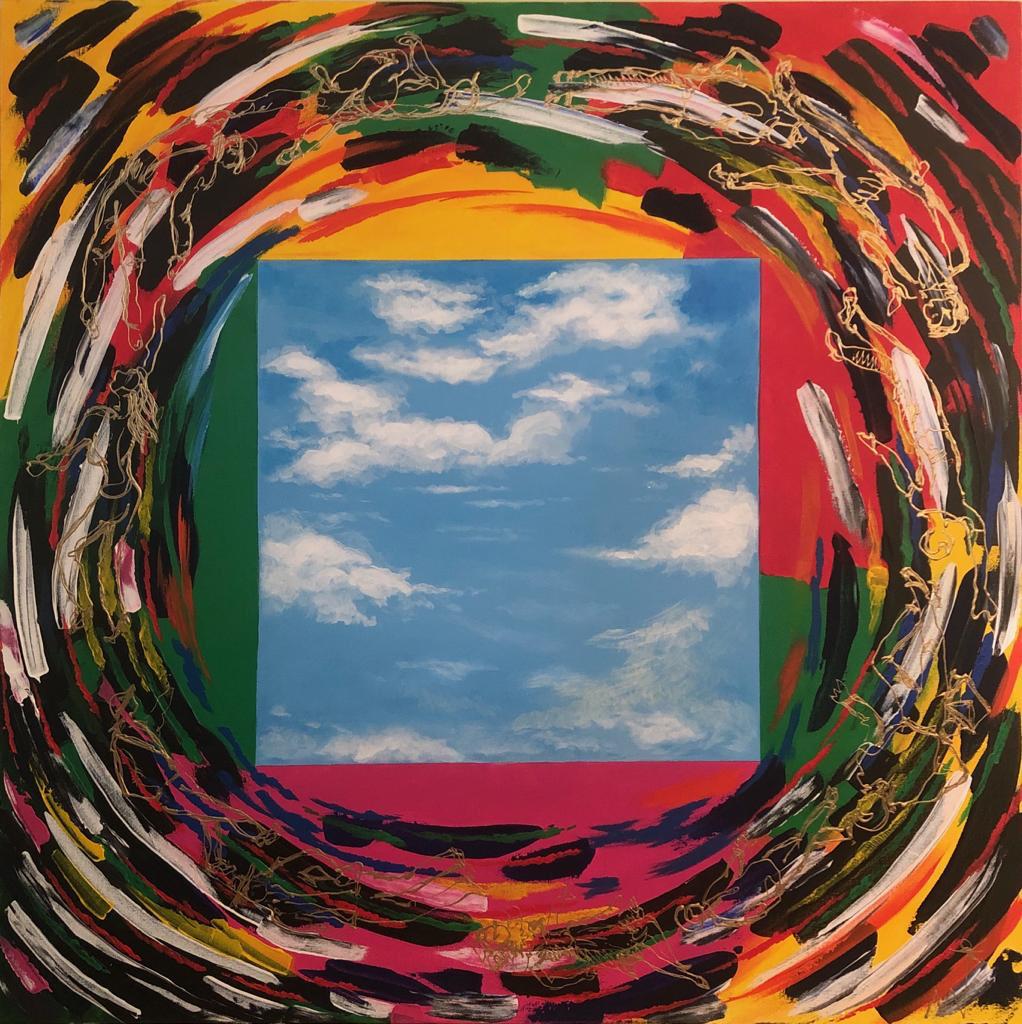 The “Hassle” painting consists of some circular pattern of both vivid and dark colors, and a square with a photo quality sky and clouds. The thing is that this square is trying to stop the circular motion of our everyday thoughts. So, the message is: Just stop and look how the life is beautiful.
“Day and Night”. Left half is day, right half is night. On the left, there are people soaring above the city – let’s think they are popular stars. In the right side – there are stars above the city, and they depict ones who passed away, leaving memories of them, which shine as guiding lights for many. 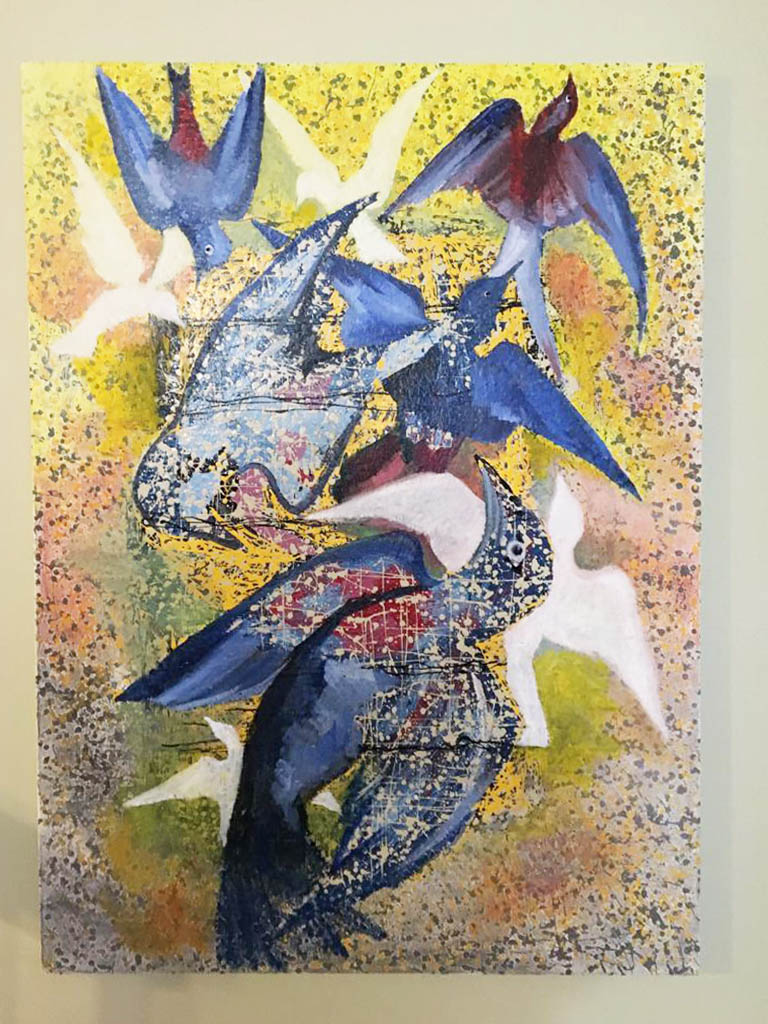 “Bird’s Noise” – Birds are like people, they also try to fight for their rights and needs. And here they symbolize V-shaped symbol of victory. 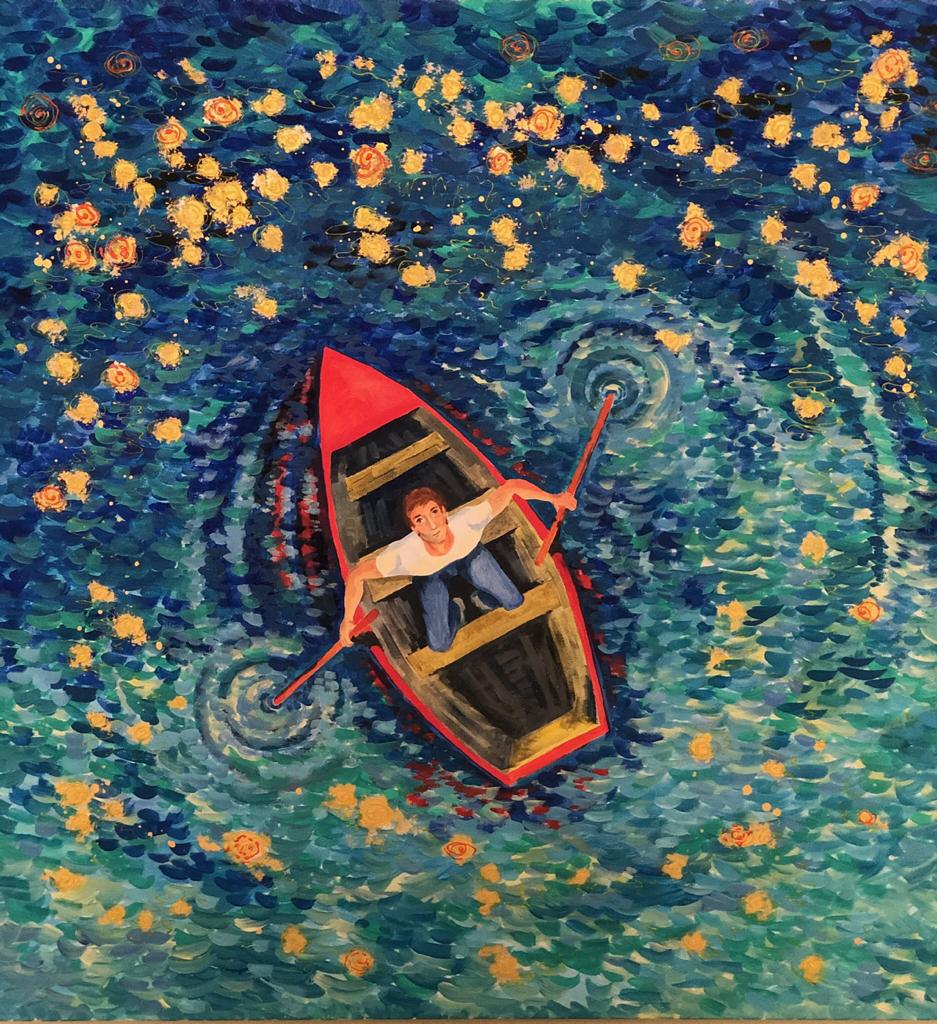 “Starry Sky”. Here is a man in the boat, and the stars are on water. They look like golden leaves, but they are stars. The person in a boat is looking up. He sees the stars in skies, while rowing water. Maybe they are seen on water indeed reflected because of good weather.
Horses, which depict how hard they work with by means of their bodies shown in red. And other is simply the still life, with some household items, which are precious to Gulnara.
Look how easily her drawings convey, emotions and all the meanings of human life. 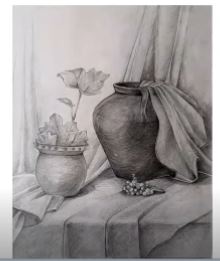 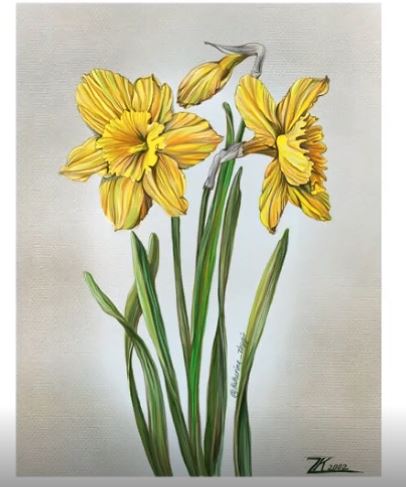 Next presenter was Keterina Zhihir’. As she stated, her manner of drawing is academic. She started with her pencil drawings, stating that it’s graphic it’s black and white and it requires a lot of patience to do it. Very meticulous process. Then she switched to paintings in color, which were painted by acrylic and oil paint, and then she went straight to paintings original drawn electronically. What does it mean: artist uses his or her tablet computer for drawing? There are two ways to do it. Either by giving commands to the tablet computer where to apply which colors and in which patterns, or by doing all the painting by hand, from beginning to the end. Katy does it all manually. The magic of this method of drawing is that after finishing – the artwork (yellow daffodils) in this case can be scaled to any desirable size for print or for viewing on monitor. And everything, can be much easily erased and repainted, compared to what you would do in case of paper drawings. 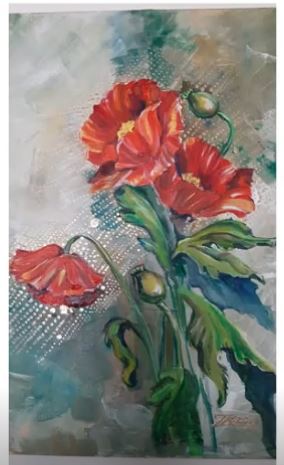 Then she switched back to oil paintings of other flowers’ including lilac. This kind of plant has nostalgic meaning for many Russian immigrants. It was in abundance in that part of World, here in USA it can be found but much more rarely. Kate explained about her education which consisted of visual arts college, institute of light industry and design, where she concentrated on design of interior. Her other works include birds, animals, landscape, and many more. Her works are full of lightness, beauty of nature and of life. All the guild member liked her work. The way the artworks are presented sometime has a very special meaning. Katy does it with a smile and with love to all she draws, explaining every hatch, every dot, which makes viewer love her works even more.

The next presenter was Gregory Kats. Unlike two previous presenters he is an artistic photographer. Artistic photography, requires a thoughtful selection of theme of the pictures – and this time Gregory’s selection was the architecture of residential South Brooklyn. 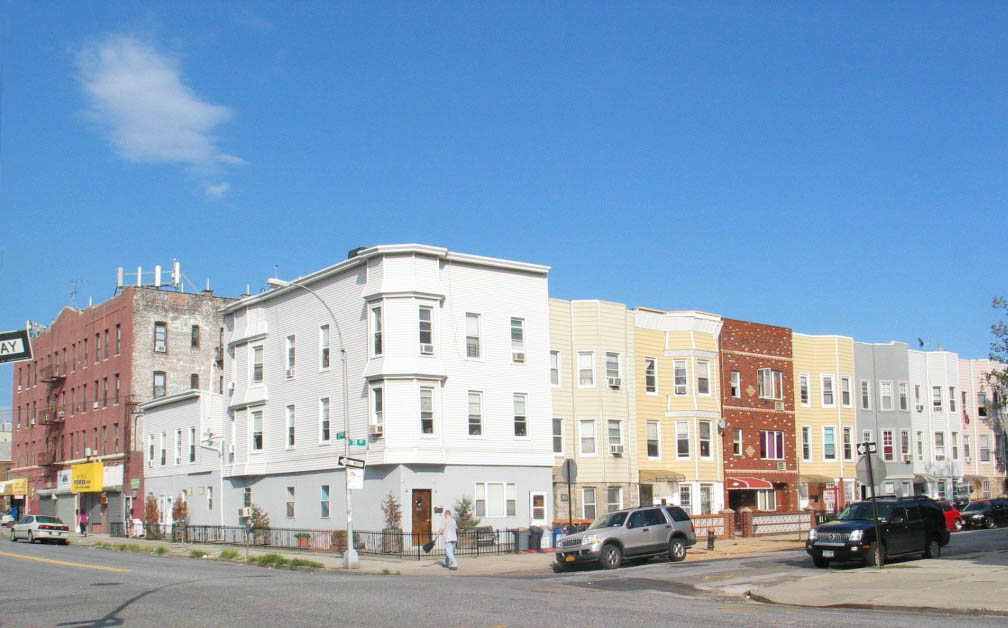 As Gregory claims, sometime looking on the tops of ordinary buildings it’s possible to recognize some architectural elements of Europe, Asia, and even some medieval world. Let’s take this building for example (Gregory calls it – a fragment of Golden Prague) and it really reminds some which can be found in Europe. Maybe this similarity is his imagination, but there are many evidences of it.
The building he talked about were built either in times of great depression or right after the end of WWII with baby boom, and lots of workers to be employed. Designer’s and engineer’s task was to make them good for living rather than beautiful, but when the tops of the building were reached, they ‘we put some ornate architectural elements. Next example is called “The Prague on Coney Island Avenue”, photographer percepts it as an architectural treasure – from top to bottom. Gregory also presented his photo of 9th Street in Park Slope section of Brooklyn, with houses of multiple colors, styles, with authentic light poles, and with snow. He presented also – a photo of an ordinary street in Bensonhurst and calls it Mediterranean Brooklyn. And indeed, this area of Brooklyn used to be widely populated by Italians, so they worked on designing “feel like home” architecture style. 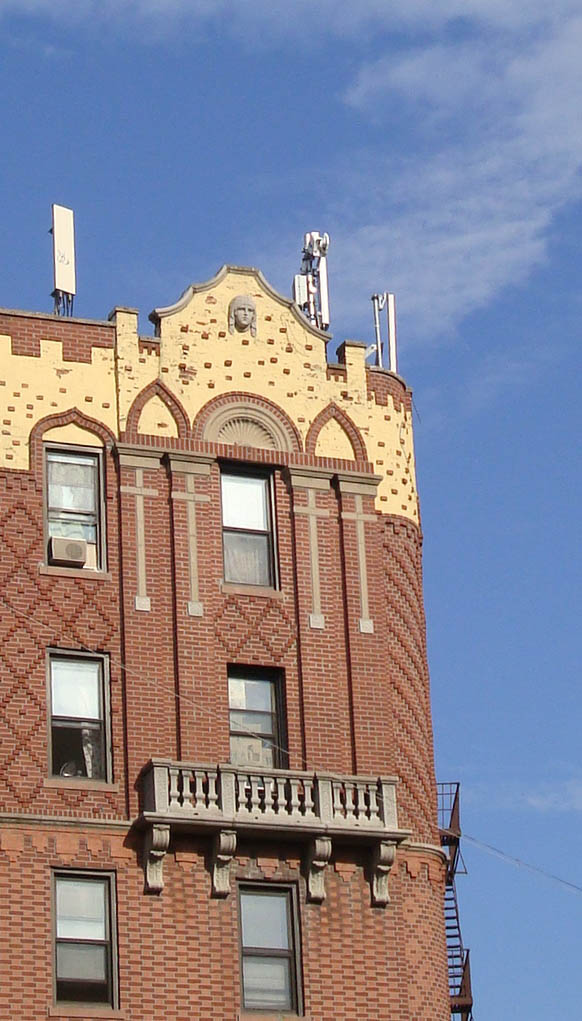 Gregory demonstrated some photos from Queens, from Brooklyn Heights, Manhattan, then he told – that everybody does it. And it would not make him unique.